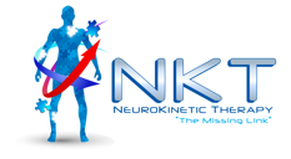 NeuroKinetic Therapy is a sophisticated form of manual therapy that combines motor control theory and manual muscle testing. The science of motor control theory states that the motor control center in the cerebellum stores all the coordination patterns of the body. It is directed by the limbic system and the cerebral cortex to not only create movement patterns (such as when a baby learns to stand), but also to create substitute movement patterns when we are injured. An experiment was performed with an EMG that measured the ability of different muscles in the upper arm and forearm to perform supination of the forearm. As we know, the biceps is the most powerful supinator of the forearm. In this experiment, the biceps were inhibited and various muscles of the forearm were measured to see which one engaged to perform supination. In this case, the brachioradialis supinated the strongest. What does this tell us? When a muscle is inhibited for whatever reason, the motor control center will find a substitute muscle to perform the function. If this pattern is allowed to remain in the motor control center, dysfunction and pain will follow. How then can we undo this dysfunctional pattern?

NeuroKinetic Therapy is an excellent modality in rehabilitation and manual therapy because it not only identifies the cause of pain and dysfunction, but also corrects it very quickly and quite painlessly.


Some of the benefits of NKT™ include:
Request an Appointment